A CCTV system monitors the interior and exterior of a property, transmitting the signals to the display. If you are concerned about the security of your home or workplace, CCTV installations UK can help you in monitoring your premises anywhere, anytime. Many countries across the globe are now using CCTV systems as an additional tool in fighting crime. This blog post will explain to you how CCTV footage plays a major role in crime investigation.

Why do police request CCTV footage during investigation?

Police officers around the globe are using CCTV footage in crime investigation. The video footage is very effective in solving crimes because they record the crime and create evidence for court trials. Most investigators use the footage to locate or confirm the identity of a suspect. Investigators also use the video to determine whether an offence has occurred, observe relevant events surrounding incidents, corroborate victim and generate other investigative leads. 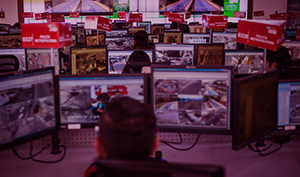 The reason for requesting CCTV footage is more likely to be influenced by the characteristics of crime. A recent study has found that the detectives from Scotland Yard used CCTV footage to investigate a great number of murders and the video has helped them in their investigation process. A report shows that of the 90 murder cases recorded that year in Scotland, CCTV footage was used in 86 of the cases. According to police officials, 65 cases were solved because the criminal was identified in the footage or the suspicious activities were recorded before or after their attacks. Investigators say that CCTV footage is as important as forensic evidence like fingerprints and DNA samples.

How CCTV footage can help in crime detection and prevention?

CCTV footage allows investigators to watch the entire incident. The video provides information about the sequence of events, the methods used by the criminal, and the entry and exit routes taken by the offender. Even if this is not possible due to some reasons, CCTV footage can be helpful in refuting other evidence of what happened, such as witness testimony.

The recording may assist in determining who was involved in the crime either directly, as when a suspect is recognized or indirectly, such as when the footage shows the criminal touching a surface from where investigators are able to recover forensic evidence. The recording can also help detectives in establishing the timeline of the crime. Investigators can use the CCTV footage to verify the accuracy of statements of both the suspects and witnesses of the incident.

As a CCTV footage could result in the guilty plea of the suspect, it will help in reducing costs by avoiding court trials. The recording can be used to prove or disprove allegations against the suspect. Video footage helps in finding the missing individual or suspect and investigators use it as a source of material backup for witness testimony.

CCTV cameras are used by police officials in their day-to-day activities. Here is a list of the ways in which a CCTV system can be used by the police:

There are numerous benefits of using a CCTV system. Studies have found that there is a reduced level of fear among people in CCTV areas. Reduced fear of crime may help in increasing the number of people using the area. This increases natural surveillance and encourages people to be more security conscious.

CCTV systems can be used for general location management. Surveillance system helps in monitoring traffic flow, public meetings or demonstrations that may require additional staff. CCTV cameras assist operators in determining if alarms have been activated by mistake thus removing the need for a response by the police. Senior police officers say that assaults on police have been reduced because surveillance cameras allow them to determine the appropriate level of response to the incident.

CCTV camera operators can contact the medical services if they see injured people on the street. The ability to call for assistance is a public safety benefit of CCTV systems. Cameras can also be used to monitor the behaviour of offenders in public places. Operators often know the local offenders in public areas and the cameras become a way to monitor their movements. The potential of CCTV systems to assist in investigations may also drive criminals away from committing offences as they run a greater risk of capture.